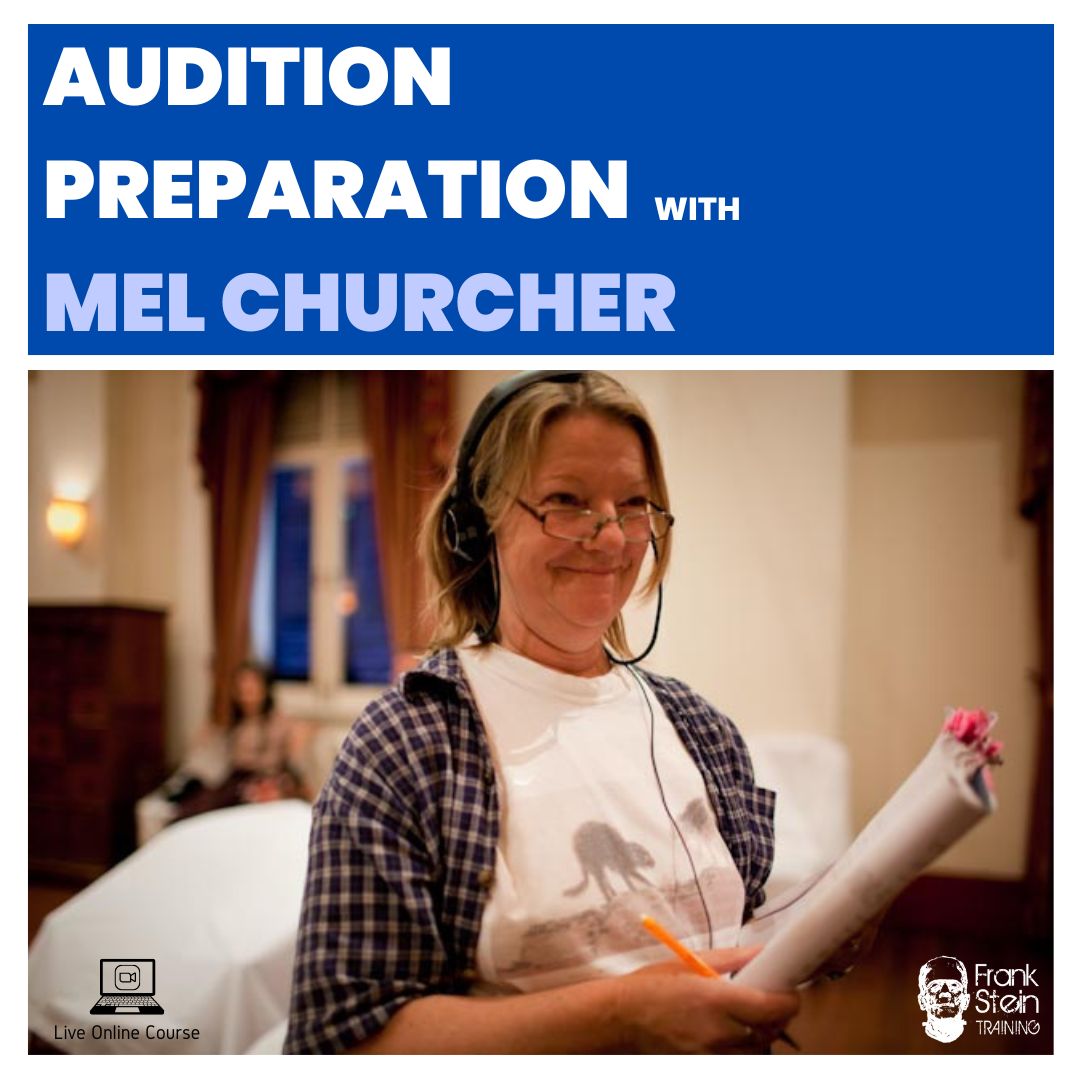 AUDITION PREPARATION with MEL CHURCHER
This is for Actors who:


Mel will prepare you for your audition, guiding you through a process particular to you and the script you're working on. You'll have specific pictures of your life and the people in it as your character, you'll know their needs and how important they are. You'll make that nervous energy work for you instead of against you.

And I believe every actor, every role and every film is different. And I seek, each time, to find the special keys to unlock the problem for each specific person, situation and circumstance; for each text, genre and medium.
I also deal with all aspects of nerves and help to bring performers confidence in their work and auditions. I specialise in linking performance skills: taking every kind of performer from sports people and martial arts experts to models and singers into the acting process.”

BEFORE THE BOOKING & FREQUENTLY ASKED QUESTIONS

Before you book your session with Mel Churcher, we need to know when you're available. Please send us an email to masterclass@franksteinstudio.com with the following information:

When do I make the payment?
After we arrange the day with you and Mel, we will send you the payment details for the transfer, 115€.

Which platform will I be using for the session?

When the payment has been transferred, Mel will email you a Zoom link before your session. If you don't have an account yet, subscribe to Zoom for free at www.zoom.us (it takes less than 5min to create one). We suggest you, before the session, do a sound test and check your camera. And always be on time!